Travellers in a pandemic in Uruguay – Where are they now? (Part 1)

The coronavirus pandemic trapped them in a country they did not know, yet they adopted it as their refuge. Where are these travellers a year later?
By Karen A Higgs 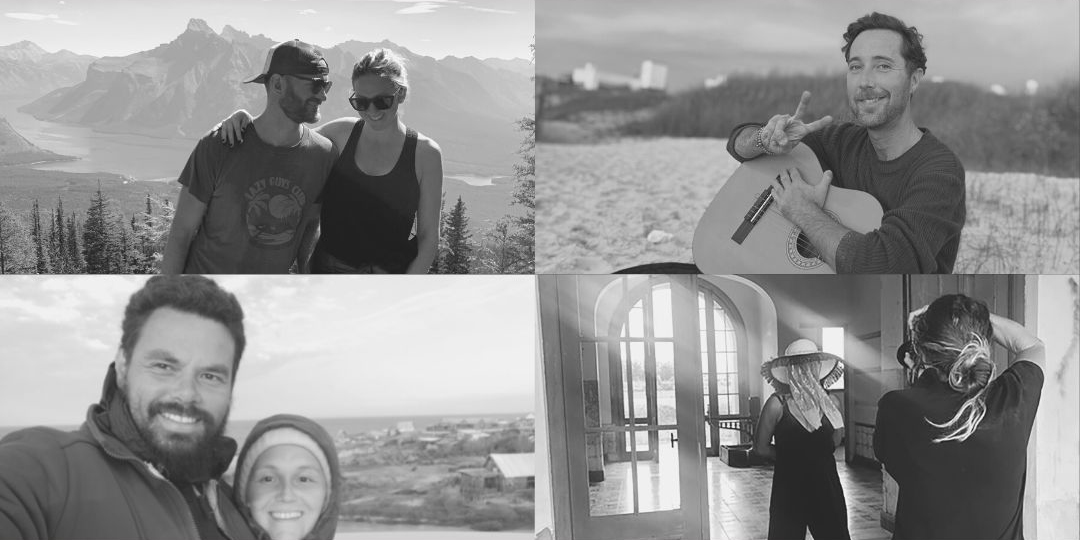 In April it will be a year since my Medium.com article There’s no place I’d rather be in a pandemic than in Uruguay went viral. Back then, the English-speaking international media couldn’t get enough of New Zealand’s handling of the pandemic whereas there was zero coverage of Uruguay’s equally laudable case (more so, when you consider we border Brazil and Argentina). Besides, as a British national resident in Uruguay for the last two decades I felt so grateful—even more so when I compared Uruguay’s efficient, thoughtful response to the UK’s.

At the same time, as CEO of Guru’Guay, an essential reference for English-speakers, I was being contacted by dozens of foreigners who had found themselves trapped in a pandemic in a country they knew virtually nothing about. What was heart-warming was that despite being trapped here—a pretty anguish-inducing situation to be in—everyone talked about how ‘cared for’ they felt by the local population. On the back of these interactions, Guru’Guay published a series of articles which took up the back page of El País, Uruguay’s oldest daily, every other week from July to October 2020. As we come up to the anniversary of the Medium article, I thought I’d go back and talk to the folks I interviewed for El País and find out where they are now.

Kris & Ryan: A Las Vegas bakery named after a cow from Colonia

Kris and Ryan Wilson from California were in search of a sense of community when they landed in Uruguay—country number three of a year-long round-the-world trip—on March 17, 2020. Once restrictions eased, the couple hired a car and travelled the coast, avoiding built-up areas, for almost five months.

Once the couple realised international travel was not opening up in the foreseeable future, they decided to return to the US by way of the mountain provinces of Canada. “Canada and Uruguay are similar in that they both have a lot of beautiful wide open spaces to spend time in and not be around a lot of other people,” observed Kris. Back in the US they moved to Las Vegas to be close to her parents.

The couple are food enthusiasts. While in Uruguay, Kris learned to make cheese with a master cheesemaker in Colonia. In turn, Ryan had taught himself how to make a sourdough starter and started making sourdough bread. It was quite a challenge as they moved every few weeks but the experience of baking bread in multiple different kitchens and ovens had its benefits. Ryan turned out to be a talented baker. Back in Las Vegas, after learning about cottage food licenses which allow people to sell products from their home, they converted a bedroom and now run a fully-functioning micro bakery from their house.

“Our time in Uruguay was a special time in our lives that we will always cherish,” Kris told me, “so we wanted to name the bakery after an experience we had there.” As an animal lover, she had fallen in love with a particularly friendly cow in Colonia whose ear tag number was 5098. Ryan suggested they baptised the bakery ‘5098 Bread’. Similarly, their olive loaf is called the Don Chengo—“named after a magical olive farm that we stayed at when we lived in Uruguay”, says their website.

Kris and Ryan were the first couple I interviewed back in July. After they appeared on the backpage of El País, they achieved minor celebrity status in Uruguay. “People would stop us in the street and say, Hey! You’re Kris and Ryan from California!” laughed Kris. And CNN saw the article in El País and sent a film crew to report on their experience. “That was a very unexpected turn of events,” said Kris. “We never expected to be on CNN in our lives”. 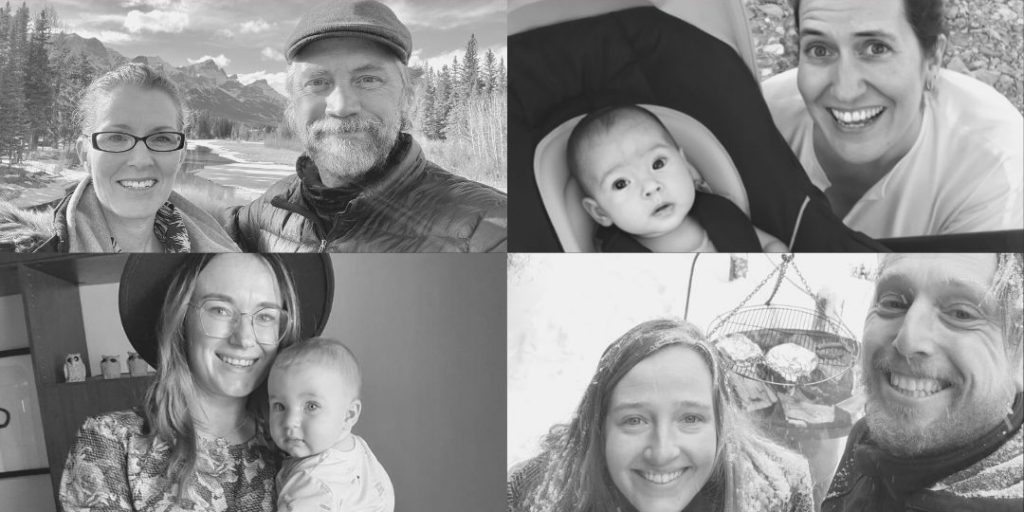 Travellers in a pandemic in Uruguay – Where are they now? (Part 2)

The coronavirus pandemic trapped them in a country they did not know, yet they adopted Uruguay as their refuge. Where are these travellers a year later? 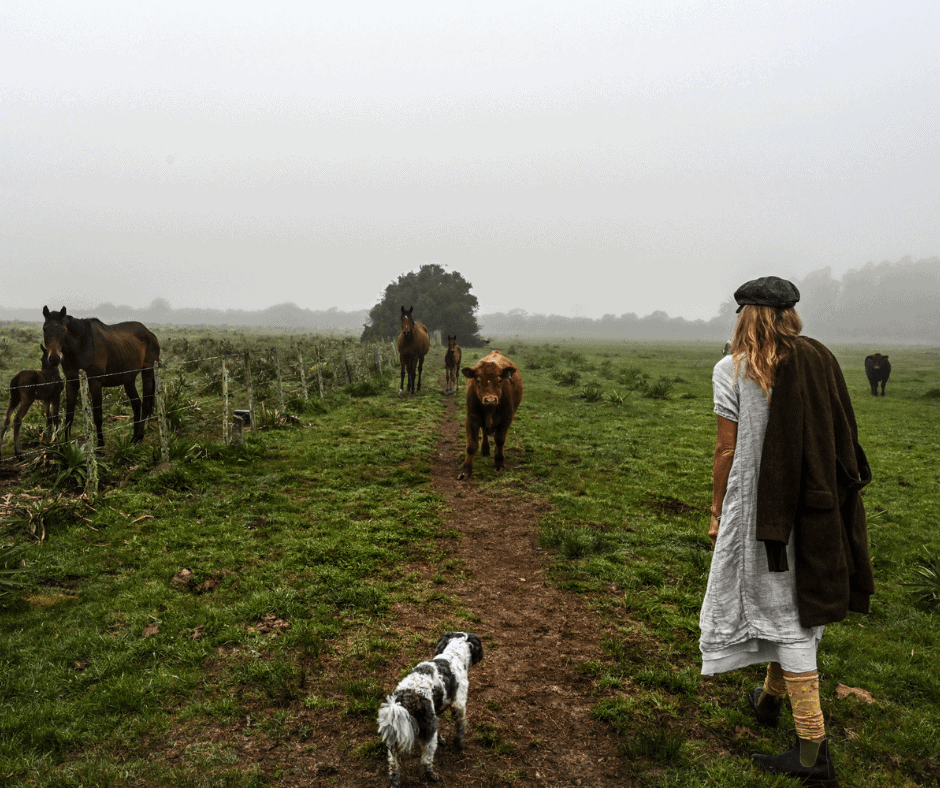 Heidi Lender: stuck in Uruguay in the pandemic

This San Franciscan photographer runs a Uruguay/US creative arts institute. “There’s not a day that I don’t think, I’m the luckiest person in the world.” 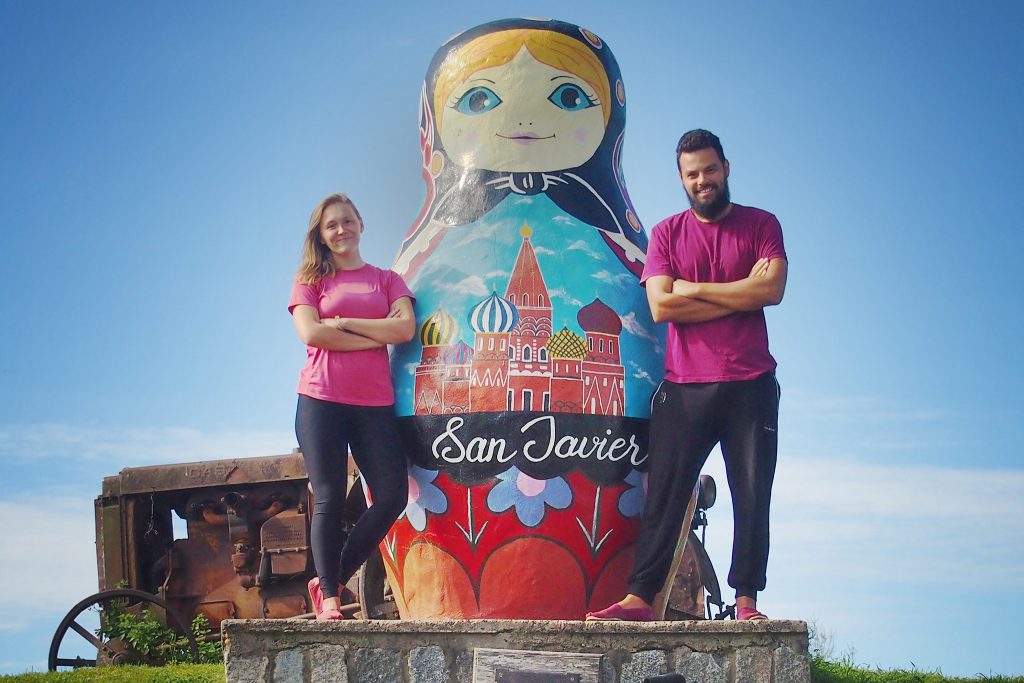 Finding herself stranded in Uruguay on a biking holiday, Kate Chernysheva couldn’t believe her eyes as she rode into tiny San Javier. Find out why. 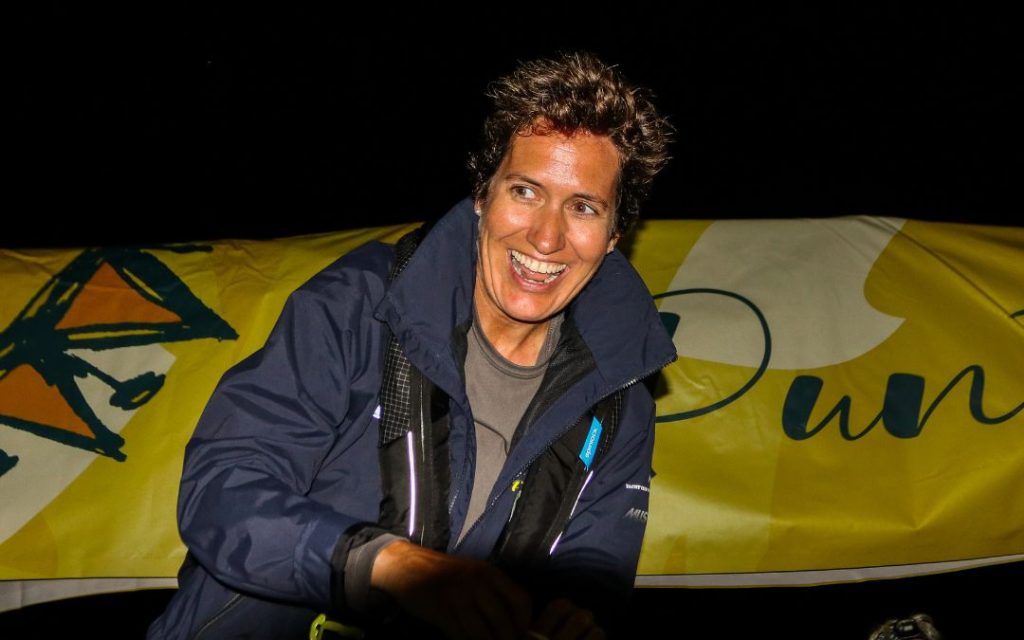 Love & shelter in Uruguay for Clipper round the world sailor

When the Clipper Round the World race was called off, Spaniard Clara Carrington followed her heart 11,000 miles to Uruguay, making it as the borders closed. 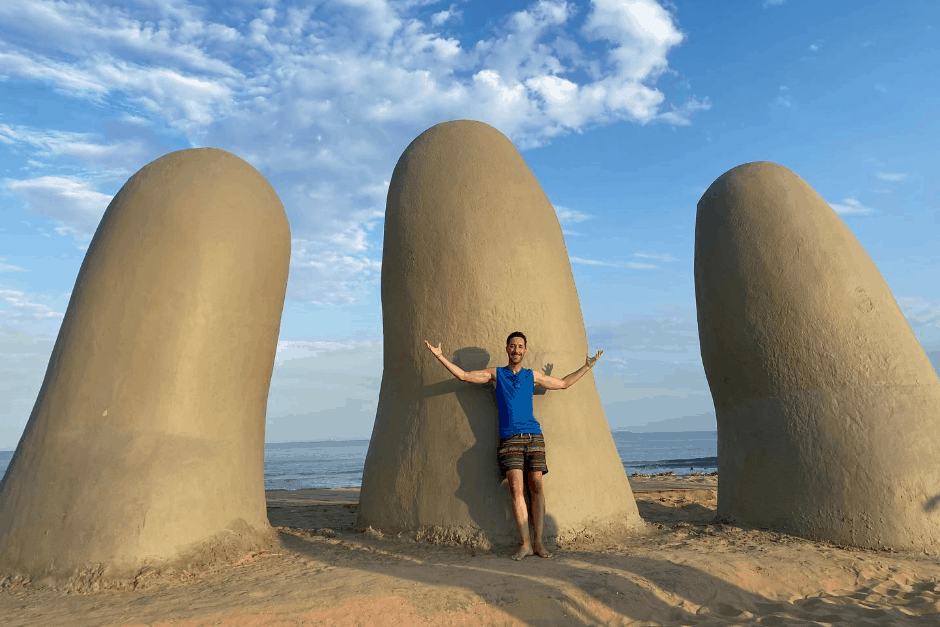 When Chris locked his New York City apt door in Dec 2019, he never imagined he’d be moving out of it, in a pandemic, via WhatsApp and from Montevideo. 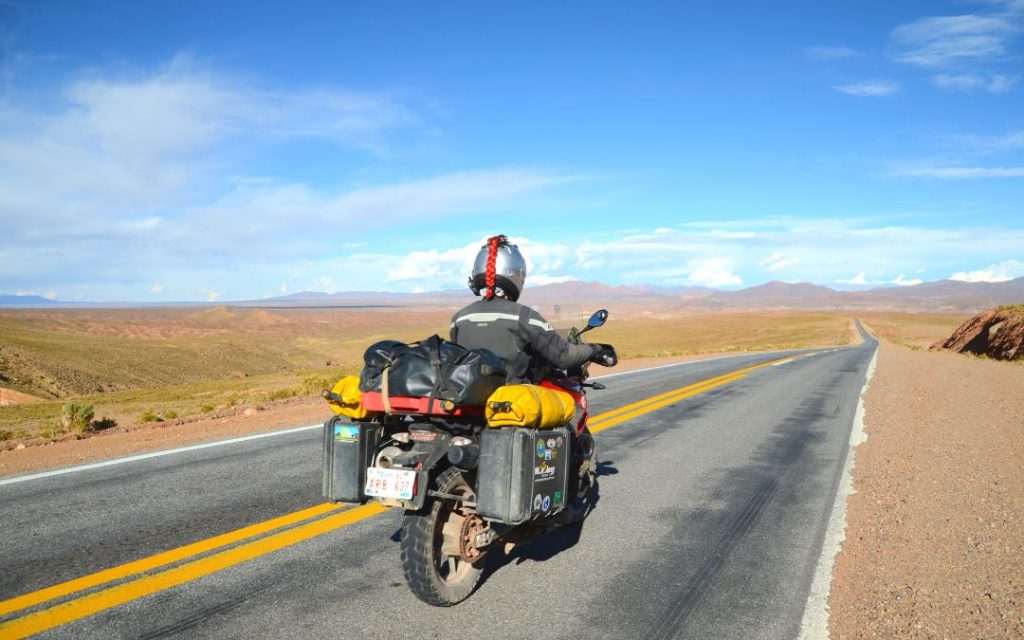 Canada motor-bikers in a pandemic in Uruguay

Fearful after hearing scary stories from elsewhere in Latin America, this adventure motorcycle couple’s experience in Uruguay couldn’t have been better.