The food scene in New York City had turned Javier's head. Would Montevideo mean having to trade great food for the luxury of time and money to enjoy it?
By Javier Frank 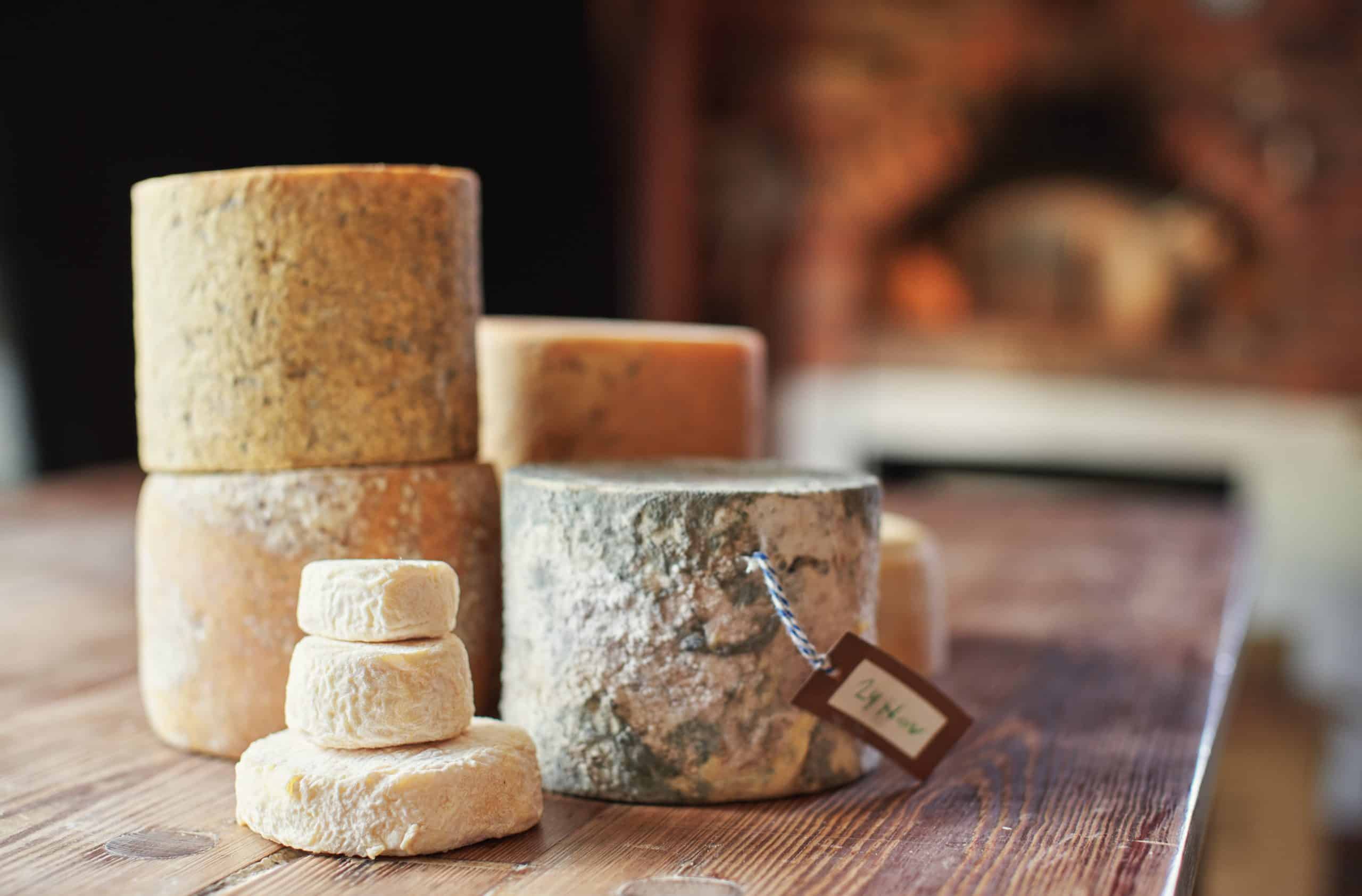 The sight of the crisp, piping-hot dough mixed with the smell of the warming shaved zucchini and parmiggiano on top made me stop mid-sentence and sigh out loud: “I’m going to miss this back in Uruguay”. It was mid 2010, I was in Munich, Germany, sitting in the poorly-lit basement of the pizza place work colleagues and I frequented for lunch every week. Just a few blocks from the office, in the middle of a block on Amalienstraße. I had the usual: pizza Bianca and sparkling water, followed by an espresso. The venue was simple, the likes of which you find all over in the “northernmost Italian city” as Müncheners like to boast. My colleagues, far from being surprised by my premature homesickness added: “Yep, and you will miss the espresso too.”

I grew up in Uruguay and having travelled little during my twenties, a move to Munich meant being exposed to new food for the first time in my life. And it was glorious.

The Montevideo food scene in the 80s, 90s and early ‘aughts was very, very uniform. Yes, the meat was great and the dulce de leche—the best delicacy in the world that no foreigner seemed to really appreciate. Our provinciality had galvanized Uruguayan tastebuds around a few staples sourced from twentieth century immigration—and that was it.

It wasn’t that the food was bad, it was just monotonous

So, even if you had the rare chance to venture to nearby Argentina, where the situation was not much better (with the exception of their wondrous empanadas), a typical middle class guy like myself could grow up without being exposed to spicy food of any kind, aromatic coffee, pizza thinner than a deck of cards, drinkable white wine or beef cooked below medium-well. It’s not that the food was bad. It was just monotonous.

I didn’t stay put in Uruguay after my “return home” in 2010—to no-one’s astonishment except my own. Just a year later I was living in Brooklyn and working in Manhattan. In comparison to Munich, the food and drink experience of living in New York was commensurate with the differences in the cities’ sizes. My foodie learning journey continued and I experienced Jewish, Caribbean, Chinese, Vietnamese, French, Ukranian and yes, US cuisine, to name a few, for the first time. I want to be honest here: I am not claiming to be an expert or even like all these flavors and textures but I was blown away by the diversity in contrast to the food of my upbringing in Uruguay.

Last Thursday, after dropping off my kids for a sleep over at my parents in Pocitos, my wife and I ordered in and prepared to catch a movie on Netflix. Having moved from Manhattan back to Montevideo last year with our three and five year-olds, it’s a treat afforded to us thanks to being close to family again and having disposable income. But… did we have to trade-off great food for the luxury of actually being able to enjoy it?

Absolutely not. The food and drinks scene in Montevideo is world class nowadays, and expanding very rapidly. [Editor’s note: Check out National Geographic’s Culinary Guide to Montevideo and download our free guide to the best of Uruguay]

That night I poured myself a tasting flight of artisanal gins to get the night started. Four brands have sprung up in the last couple months, all sporting local botanicals. After that we ate pizza from Rigor, where you can also order the house Albariño by the half- or one litre bottle and icecream from Grøt, where flavors change daily because they use only seasonal produce. The pizza from Rigor is on par with the best Neapolitan you can order in Manhattan (sorry, still not as good at Rosso Pizza in Munich but I’m sure that’s nostalgia talking).

As for coffee you can buy freshly roasted specialty coffee grown as far as Ethiopia, Colombia or Rwanda from any of over a dozen knowledgeable roasters in Montevideo alone. Or you can actually drink it in many different methods at the fabulous third-wave cafés in town. Not only do I get to indulge my espresso habit here in Montevideo–I can expand my coffee palate by heading around the corner.

The craft beer movement is strong here, too. In that sense Munich was as bland as Montevideo was in the 90s beer-wise. New York introduced me to the ales and other flavors Bavarian famous purity law forbade and you can find everywhere nowadays in Uruguay. If you want to pair the wine with Argentine-style empanadas you are in luck, too.

Wine and meat have also changed incredibly in quality and diversity. You can find excellent cuts, formerly unavailable to locals as Uruguay exported all their best cuts, at places like Del Campo, who also offers pork from their own free-range farm or duck magret, or foie gras from the south of France. Heck you can even get local Waygu and dry-aged bone-in steaks from them, a ludicrous proposition even five years ago. Same applies to olive oil: imported garbage five years ago versus dozens of local organic brands in 2021. It’s nuts!

There are still glaring gaps in the scene. For instance, decent chinese food is nowhere to be found yet. But I get to order dumplings from a lovely Chinese lady I met on instagram to the delight of my five year old who became addicted to them in NYC.

I am very hopeful, however. A year ago you couldn’t buy spicy sauces anywhere and now you have both Sanjacha and Fin del mundo an Instagram DM away. A year ago I struggled to find above-average cheeses in Montevideo and now you can buy a deliciously aged Jersey from LaVigna at Del Campo or mouth-watering Camemberts from Martin Rosberg at De Guarda. That is to say, things are getting interesting so fast I’m now confident there is no turning back. Uruguayans have discovered food in time for me to feel at home back home again.

Javier Frank is a digital technology business advisor born and now once again based in Montevideo after becoming addicted to Butterbrezel in Munich for 4 years and then to poppy-seed bagels during his 8 years in New York City.  Follow him on Twitter @javfrankg and Instagram @xavfvax. 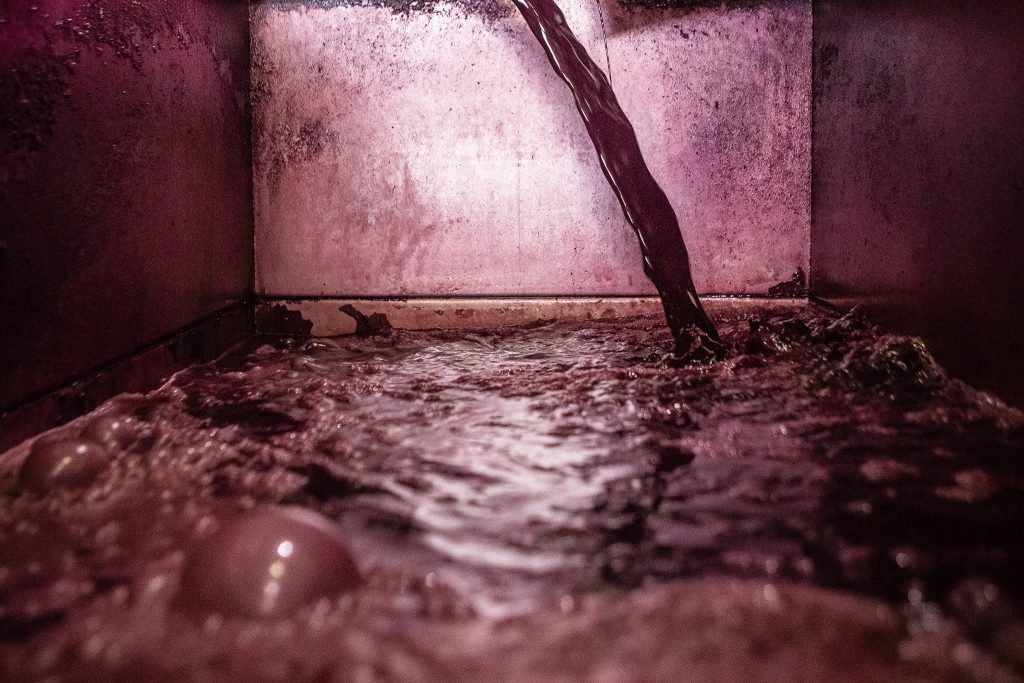 Canelones: Home to 50% of Uruguay wineries

A full half of all of the wineries in Uruguay are located in Canelones. These were founded often 4-5 generations ago by European immigrants. 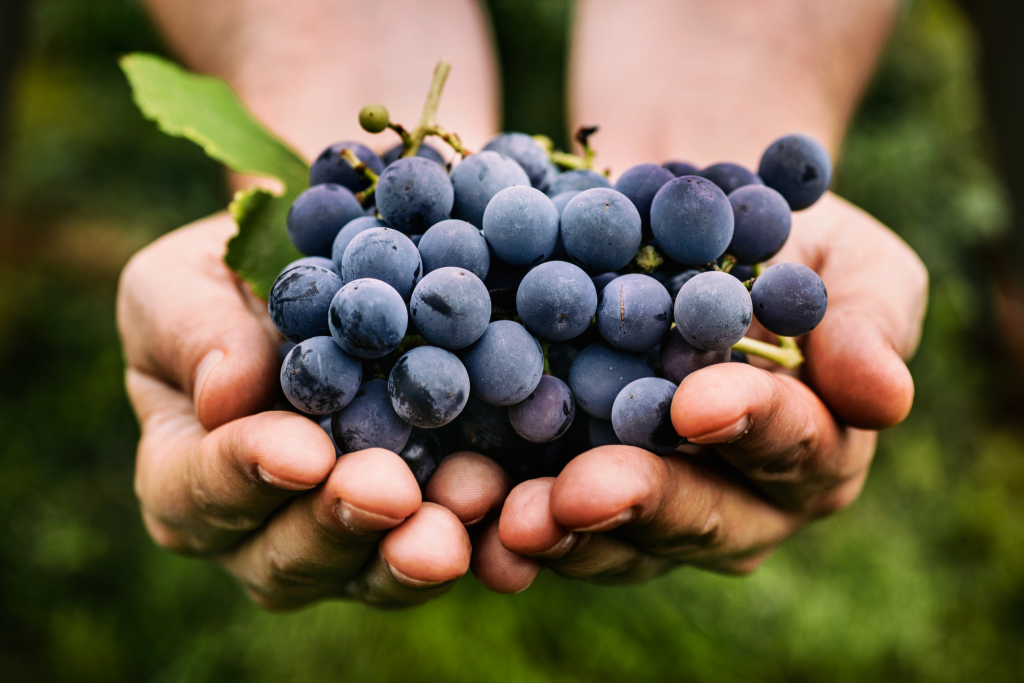 2020: the best Uruguay wines in decades

Following a textbook harvest, experts and winemakers are heralding Uruguay wines of 2020 as some of the best in decades, reports sommelier Adriana Rossi. 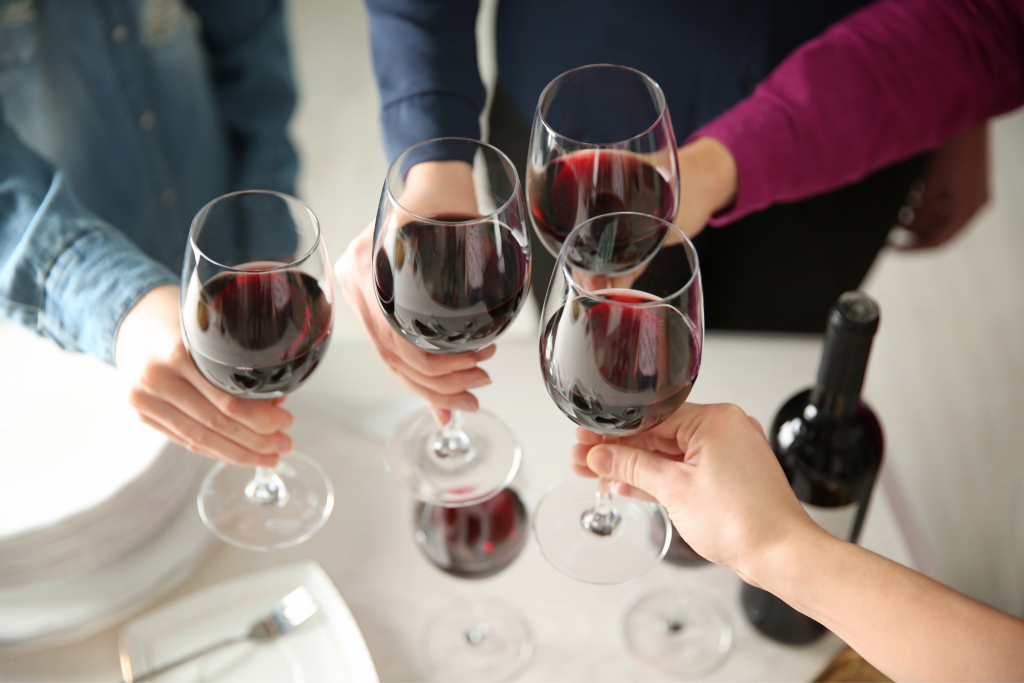 One in every three bottles of wine produced in Uruguay is a Tannat. What does Uruguay’s flagship wine taste like? Here’s a guide to get started, by locals. 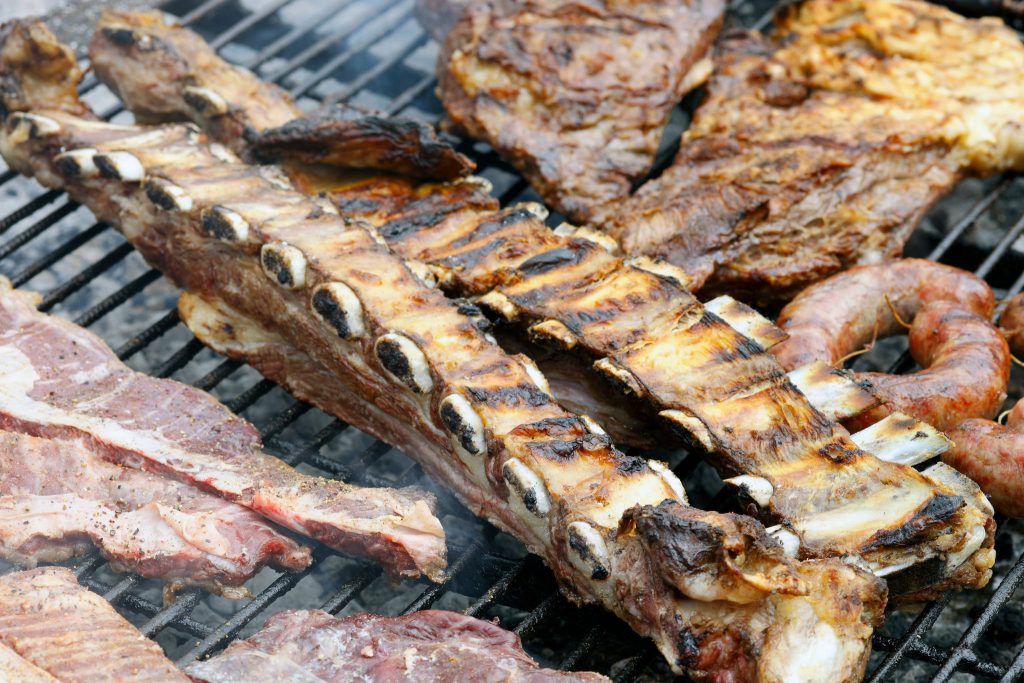 Typical Uruguay foods —chivito, tira de asado, pamplona, torta frita, alfajor, dulce de leche… We go through each one, what it is and how you say it. 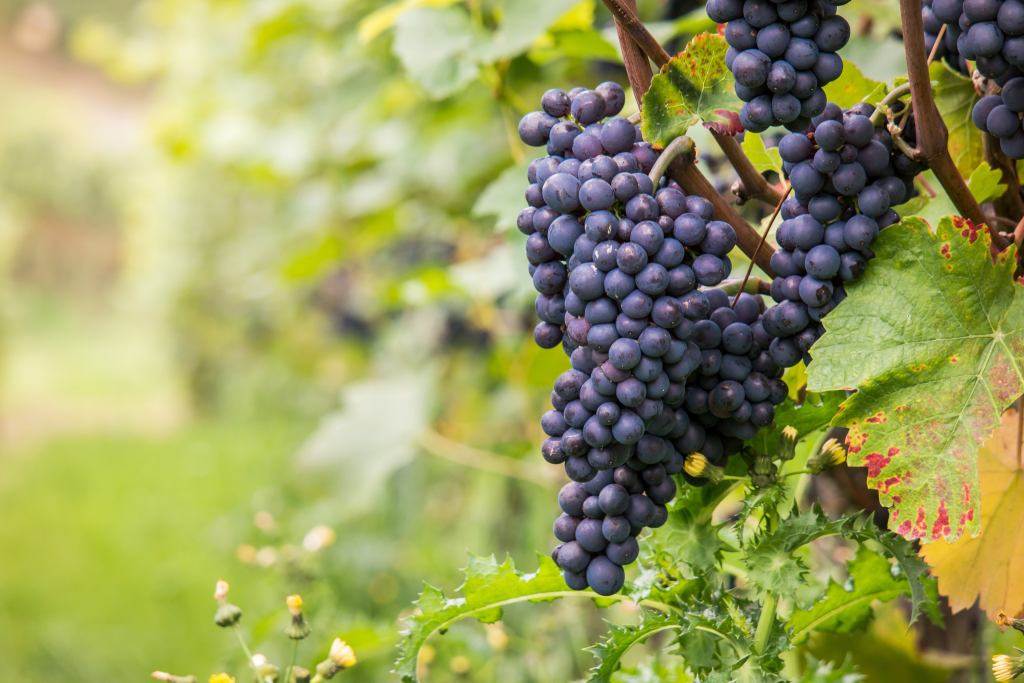 One in three bottles of Uruguay wine is a Tannat. Yes, Uruguayans LOVE this red. Nowadays there’s a Tannat for every occasion. We celebrate the Top Tannats. 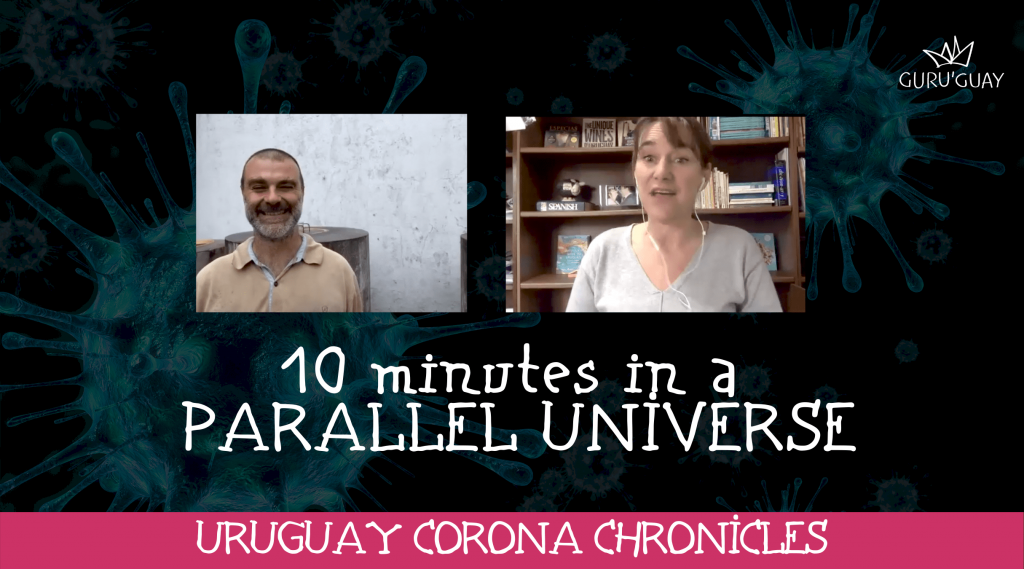 Feel good in quarantine: 10 minutes in a parallel universe

Join us as we parachute in on a virtual visit to a Uruguay wine-maker. Harvest is just ending and there’s some feel good news, it’s the BEST in 40 years.